The Story of a Dad 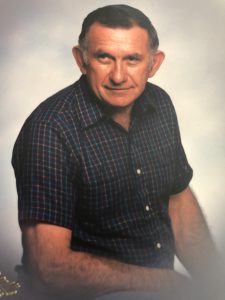 This guy, my Dad, was and still is my hero. He served his country in the Navy during the Korean War. 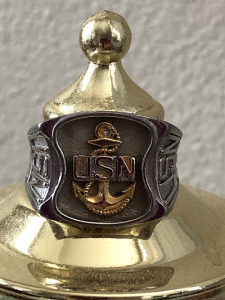 He and Mom reared four children, losing two along the way.

He taught me the meaning of integrity and keeping my word.

I can’t remember a time when he made a promise he didn’t keep. If I asked him, he’d probably tell me there were times, that he’s no different than anyone else on planet earth, but that’s because along with being honest and hard-working, he’s also one of the most humble people I’ve ever known.

Dad was overseas when I was born. Mom was able to call him and tell him the good news, that now he had a boy and a girl who awaited his arrival stateside again. My brother is thirteen months older than me.

They discussed names for me. Mom said she’d like to name me Heather. Dad said, “No, her name is Debra.” And that was it, no discussion.

I like it that Dad was the one who picked my name.

One memory I have is way back when I was still in grade school. Dad worked long hours and sometimes didn’t arrive home until after 8PM. Mom kept his dinner warm for him.

At that time, in the middle sixties, he worked at and later owned, a service station. The kind where you pull up at a pump and an attendant would race out of a service bay to render you service. I know, it’s a foreign concept these days.

He wore a white uniform, shirt and pants. Mom had to launder those heavy whites, and yours truly–more often than not–had to iron them.

Hated it back then. But what I wouldn’t give now to be able to iron his clothes again . . .

Dad is still with us as I edit this post for 2022. It is now my high honor and privilege to participate in his care–but it’s nothing compared to how this man cared for me, and still does.

Today, I look around at our world and feel heartbroken that so many kids do not have a Dad like mine, who lived out an Abba relationship with Father God.

On Father’s Day, I celebrate my own Dad, and also remember that we have a good Father God who longs for that Abba relationship with us. He has given us all we need, in His Word and in the world He created for us to live in, to know Him and share communion with Him.

This is my prayer for you:

If you never had the kind of human Daddy relationship that fostered unconditional love and taught you who God is and what He’s really like, I pray you will begin to know your true Dad, and that you will be able to celebrate that on Father’s Day.