What’s In A Kiss?

The kiss that changed history...

What is a kiss?

According to Webster, it’s a physical expression of affection and loyalty. It can be platonic, as a kiss on the cheek or forehead; or romantic, the pressing of lips together. But I bet this is old news, isn’t it?

Kissing is as old as humanity, a universal form of communication. Not that it’s always been publicly tolerated, though.

In 1896, Edison Studios produced one of the first films ever shown commercially to the public.

Called The Kiss, it depicted an eighteen second long smooch between a man and a woman, a reenactment of the kiss between May Irwin and John Rice from the final scene of the stage musical The Widow Jones. [Wikipedia]

A firestorm of public opinion followed, with some zealous people even calling for police intervention. Public kissing was banned at the time in many places, and was deemed morally deplorable. It seems crazy to us ultra-sophisticated inhabitants of the twenty-first century, doesn’t it?

However, public kissing is still considered offensive in many parts of the world. In some cultures, it’s actually associated with demonic activity. In parts of Sudan, for instance, it is believed that the mouth is the portal to the soul, so they do not want to invite death or have their spirit stolen from them. [Wikipedia]

The Kiss That Changed The World . . .

So, now that we know all about lip-smacking, let’s look at the kiss that changed the world in a blink. 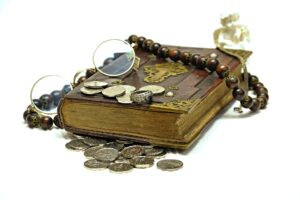 Judas Iscariot had already chosen his path long before he kissed Jesus on the cheek, but that moment in the Garden of Gethsemane was pivotal for him. Some say Judas didn’t really want Jesus to die; he only wanted to force Him into a corner where He would finally strike back at their Roman overlords and the corrupt religious leaders, and run them all out of Israel on a rail. Maybe, maybe not. But right up until the moment he placed his lips on Messiah’s cheek, he could have changed his mind and reset his course.

Before the kiss, Judas was merely one of many Jewish zealots, passionate about destroying Roman subjugation.

After the kiss, he was a traitor to God.

Before the kiss, he was a disciple of Jesus, in charge of the money designated to help the poor, and to feed their group as they traveled the countryside giving the Good News.

After the kiss, he was a man loaded down with unimaginable remorse, who looked for a way out from under the boulder of guilt crushing his chest. He never found it. After the religious leaders threw his wages for betrayal back in his face, he died by his own hand, and that guilt went with him to the potter’s grave, where he lives with it to this day.

That kiss of betrayal changed Judas of Kerioth, but how did it change the world?

Before the kiss, Jesus was in the Garden praying on a rock, leaking blood in His sweat. He prayed for Himself, that He would do all that was required for the salvation of the world. He pleaded for a way out, too; but unlike Judas, Jesus submitted Himself to His Father’s plan, knowing it was the only way to provide a way for us to live with Him forever.

After the kiss, Jesus allowed Himself to be led away by the Roman guard.

Before the kiss, Jesus was the leader of a movement to spread the Gospel of God’s love to the world.

After the kiss, Jesus became the Gospel of God’s love to the world as He hung between heaven and earth, weighed down with the sin of all the ages–including the sin of Judas.

The kiss of death, you might say. But whose death, and what kind of death?

Judas went to his grave with his sin–the sin of rejecting Christ–upon him. The kiss of death killed him eternally, and is still killing him today.

Yeshua Messiah was sealed in His tomb with my sin upon Him. Three days later He threw off His grave clothes and walked out into the fresh air…but without my sin. He left it behind, and now neither He nor I ever have to bear it again.

The kiss that changed the world has the power to transform you and me.

Jesus hung on the cross to bear your sin to His grave and leave it behind.

Will you continue to pick it up and drag it around with you?

Or will you choose to believe God, leaving your sin where it belongs–where Christ left it?

Read the tale of Judas, The Kiss, in my devotional-style book, Leaving Your Lover, along with other stories of those who made life-changing decisions that changed their eternal destinies. You can receive a signed copy from my Books page, or click the title to buy from Amazon.